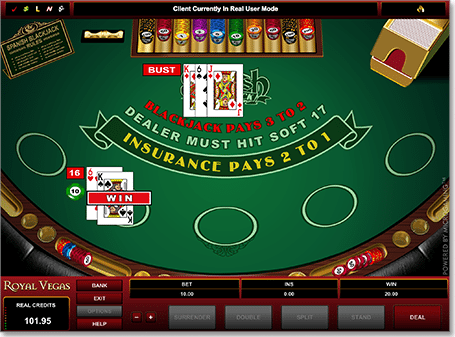 Spanish 21 is very similar to standard blackjack, but puts a twist on the rules. The rule variations means the game has a higher house edge traditional blackjack, but it still remains extremely popular at both land-based and online casinos.

In Australia, Spanish 21 is called Pontoon. This isn’t to be confused with the pontoon titles available online as these have a completely different set of rules. If you are sitting at a virtual pontoon table and notice both of the dealer’s cards are face down, you are not playing Spanish 21. Online it is still known as Spanish 21 so be sure not to get the titles mixed up, and perhaps wait until you are completely awake from your Siesta so you can devote 100% of your concentration.

Where did Spanish 21 come from?

Spanish 21 was named as such because it is played with a Spanish deck of cards, which is only 48 cards, with the four 10s removed from the original 52 deck. The face cards which value 10 remain, however the removal of the four 10s means it is harder to get 21.

In North America it is known in land-based casinos as Pontoon, similar to Australia as mentioned above, however players will find the game under Spanish 21 online. There have been suggestions games which seem to have similar rules played in Spain in the 1500’s and hence had fuel to the fire that the game was indeed born there.

The only confirmed history of the game is it was introduced to Las Vegas casino’s in the 1990s by an employee who wanted to encourage player participation and slowly popped up in more and more land-based casinos around the world. It has only recently become available online and there aren’t an abundance of titles available, nor are they available at every Internet casino.

How to play Spanish blackjack

The game is based on the classic blackjack game with the same betting idea, but with different rules. Spanish blackjack can be played using four, six, or eight decks each with their 10s removed. With the 10s removed the odds are in the dealer’s favour, however this is counteracted by the addition of bonuses that help the players out and create wagers which are quite popular. Online the rules are usually fixed, while at land-based casinos they can vary. Additionally, if you are playing at land-based venues it is important to remember the rules may vary in different countries.

If you know how to play the standard game of blackjack, whether it be online or offline, you have the basic foundation of Spanish 21. It is important to know if you play the same rules, you will lose. To win, all you need to know is what is different and which bets are best.

The reason Spanish 21 is so popular is the bonuses the game offers. If players land a certain hand, they are eligible for the generous bonus payouts.

Similar to blackjack, players will need a basic strategy to effectively play Spanish 21 if they aim to have a chance of winning against the house. You can find basic strategy charts online but we have put together the best tips for Spanish 21 strategy.