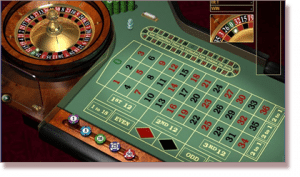 In any casino game, there are always players who will adhere to a particular betting strategy. Some like to follow a certain system in the hope it will maximise their profits, while others may employ set betting patterns just to avoid random wagers. While roulette is undeniably a game of chance, it is in our nature to attempt to devise profitable (or at least highly likely winning) game-plans

Roulette can’t be figured out or ‘won’ by any defined amount of mathematical formulation: it is undeniably a negative expectation game where your money will be lost over time should you rely too heavily on any betting system. Albert Einstein said of the game that “the only way to beat roulette is to steal the money when the dealer’s not looking.” Having said that, in this article we examine some of the most prominent betting strategies of roulette to shed some light on how they operate, how effective they are, and if they are worth using for short-term gains. There are two main types of roulette betting strategies and they are negative and positive systems. Some systems incorporate both types.

A negative progressive system involves increasing bets after a loss. This is employed in the hope you will recoup your losses and gain a profit after a win down the track. While popular, negative progressive systems such as the Martingale and Red strategies can drain even the most generous bankroll within a few consecutive losses, and combined with table maximum limits, can be unwise for players who are uneducated or not careful when employing such tactics.

The Martingale strategy is one of the oldest betting strategies devised, and is one of the most commonly employed by novice roulette players due to its simplicity and appeal. It is a system many players swear by, and while it can definitely work to net profits, it can be calamitous, too.

In a nutshell, the Martingale system is a double-or-nothing approach. You decide on a standard amount to bet and choose a table to play. If your last bet lost, you double that amount for your next bet, until you win. If you win, only then do you revert back to your original bet. The Martingale strategy is most often employed with even-money bets to maximise the potential returns; in the case of roulette it is the outside bets such as Red/Black, Odd/Even and 1-18/19-36.

The principle pervading this strategy is when consistently doubling our bets after each loss, we will eventually win, thus recouping all losses and leaving with an even greater payout. The following table illustrates how likely it is for one colour to continually come up (up to seven times):

An example of the Martingale strategy in practice on a table with a $5 minimum and a $500 maximum:

If you happened to win on this next bet, you would receive $80 total in payout, half of which is the return of your wager. You would recoup what you have lost thus far ($75) and leave, or continue on, with a small profit of $5. However, for arguments sake, let’s say you continue to lose. You need to proceed accordingly until you win.

The $320 bet was your seventh wager in the sequence. The odds suggest it is highly unlikely to lose seven consecutive spins, but it is not impossible. We’ve all seen roulette screens showing the previous spins, with a string of red numbers and maybe a green zero somewhere in between. Additionally, you’ve already used a total of $635.

Even if you had a generous bankroll to put down the next bet of $640, this would exceed the maximum table limit of $500, so you’re pretty much screwed. Additionally, with every bet following a lost, you are risking a significant amount to win a measly $5 in profit (and recover your loses).

Contrary to popular belief, casinos impose a maximum bet on their tables not to prevent exploitation of the Martingale strategy, but to reduce table variance so as to have a consistent expectation of each table’s profits, and to ensure they retain an edge. However, casinos do recognise if certain gamblers had unlimited resources, or if certain players refused to stop doubling up, you would eventually win. However, the risk-reward factor of the Martingale strategy is probability not worth it, for most players. If you hit a losing streak, a considerable growth in stake is required, and many reserves might be exhausted even before a potential win could occur.

The Martingale system can lead us in to some serious troubles if there isn’t some self-control involved in knowing when to refrain from doubling up. In the long-run, this system will not net you a profitable return. But using it from time to time and knowing when to stop if you run in to a string of loses is fine (as is the case with almost all forms of gambling).

The Anti-Martingale strategy, also known as the Reverse Martingale or the Paroli, emphasises the idea of a hot hand, otherwise known as a winning streak: if you are having some great luck, why not see how long it can last and double-up after a winning bet? The Paroli is a positive progression system designed to add to wins rather than chase losses. To start, you choose a predetermined number of wins in a betting progression, double the stake after each win and adhere to your progression limit. The most popular progression limit is three. For example:

The Paroli strategy focuses on reverting back to your original bets to chase and retain progressive wins. Once you start again, continue on with the same system until you see fit. If you lose at any point during the system, you also revert back and begin the sequence over again.

This system is applicable to other casino games, but is most popular among roulette, and for players seeking small but consistent wins. It is best played on European roulette where the house edge in 2.70%, rather than the American version which holds a 5.26% advantage. While it is a lot more attractive than chasing losses, the only real problem with the concept of winning streaks is you simply won’t know when a streak begins until it ends.

Using this system, if you win your first two bets and then lose your next spin, you’ve immediately lost all your profit. Additionally, if you lose your first two bets of $10, win the next spin of $10, but then lose the following spin worth $20, you’ve lost a total of $30 relatively quickly. As always, there is plenty of risk involved and it will always come down to good or bad luck.

We all known that one person who swears by bets on red, and only red. Chances are they have followed the popular Red System, a betting strategy which focuses on taking advantage of the prominence of red numbers in the third column on the roulette table layout: there are eight red numbers and only four black numbers.

Considering that roulette is always a negative expectation game governed by pure chance, with each bet independent of each other, no amount of insurance bets will change a player’s luck in the long-run. This strategy can be thoroughly entertaining, but should be employed in small bursts for that exact reason, rather than as a serious long-term playing style.

This system is employed on even-money wagers and again, for those wishing to keep loses at a minimum and the rules are as follows: bet on Red and win – decrease your next bet by one unit. Bet on Red and lose, increase your next bet on Red by one unit. The problem with the strategy is the fact each and every spin is random and independent of the last spin: it does not follow the laws of balance. There will always be 47.65% chance (Euro roulette) of the ball landing on either a black or red number, and the previous outcome will not influence the outcome of the next spin. This system is a perfect example of the gambler’s fallacy – that a player is more likely to lose after a win, and more likely to win after a loss.

The One Half Up strategy is a popular positive progression system which is a little simpler than some of the other systems. You do not increase your bet until you win two bets in a row, then you keep increasing your bet by one half of your original bet. For example, you place a $10 wager on Black and win. You then place another $10 bet on Black. If you were to win again, you would increase your bet by one half of the original bet; $15. If you lose any bet, you revert back to your original wager.

As with all roulette betting systems, a string of bad luck will hurt your bankroll, and whether you are betting big or attempting to minimising your loses, such strategies can never be bullet proof, otherwise casinos would be out of business. Having said that, you can certainly test a few out and see which you enjoy using, implement it when playing roulette, and just know when to stop if you’re having a bad run (or if you are ahead).